Editor’s note: accessed online (in Portuguese) at: https://www1.folha.uol.com.br/mundo/2018/12/novo-acordo-global-da-ao-brasil-chance-de-ser-lider-no-debate-sobre-imigracao.shtml and https://www.opendemocracy.net/en/democraciaabierta/will-brazil-seize-chance-to-lead-debate-on-migration

A new proposal on mobility, in the face of nationalism around the world. 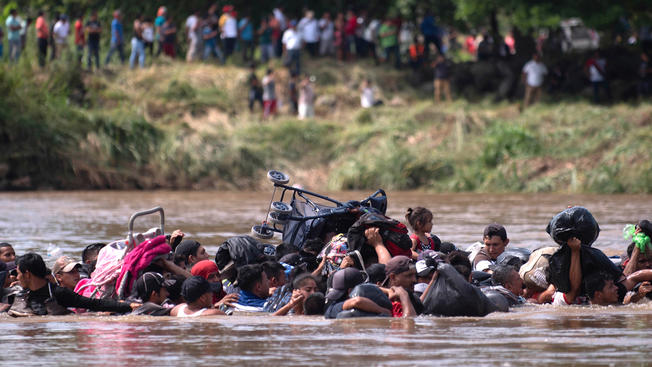 The adoption of the Global Compact for Migration, which should bring a common understanding on the main causes that force people to leave their countries of origin, and how to mitigate them, was confirmed Monday at a conference in Marrakesh, Morocco.

The document also provides protection and guarantee of the rights of those who migrate; as well as the need to update current international law for migrants and refugees.

The Global Compact for Migration is fundamental to reviewing antiquated international law that no longer addresses migratory phenomena in all its dimensions today. With the constant transformation of armed conflicts and the acceleration of climate change, hundreds of thousands of lives depend on the adoption of the document.

We have experienced the largest migratory emergency since the creation of the UN. Today, one in four migrants do not migrate because they want to, but because they need to escape from widespread violence, civil war, famine, or other forms of social collapse. It is surprising to know that 85% of the world’s refugees are cared for by developing countries where resources are often lacking.

When we see the size of the interests of richer countries in the respective conflicts as well as the impact of their economies on climate change, it is easy to see that the current distribution of responsibilities is unfair.

However, this period of exacerbated nationalism keeps expectations low on the results of the conference, and the number of countries that have dropped out of the Global Compact has grown in recent days.

In spite of everything, Brazil can become a leader in this matter. Brazil is one of the greatest stakeholders in the success of the Compact. For each foreigner entering Brazil, two Brazilians leave. With the current Brazilian immigration law passed in 2017, it is only fair that Brazilians receive the same treatment abroad that it offers to foreigners in Brazil.

These are the conclusions of the recent study “Brazil and the Future of the International Mobility Regime,” led by Michael W. Doyle, a renowned professor of law and international relations at Columbia University in New York, and former adviser to the Secretary General of the UN, Kofi Annan.

The article is included in the special edition of 70 years of the Universal Declaration of Human Rights of the Monções: Revista de Relações Internacionais da UFGD (Monsoons: UFGD International Relations Magazine), in partnership with the UN Office in Brazil.

The study also presents the Model International Mobility Convention (MIMC), developed by a committee of experts around the world and representing the most current in the debate on migrants and refugees. While the MIMC is a much more ambitious project the current Global Compact, its ideas can serve as guidelines for advancing the debate over the next few years.

The MIMC was designed for a more integrated, fear-free and supportive world. It is an exemplary model to serve as our ideal.

Some of the MIMC’s points that may interest Brazil are its equalization of forced migrants to refugees, and their right of access to work, education, housing, and public services. In view of the need to integrate national, public, and private interests, the MIMC’s proposals also include an integrated passport and Biometric identification system, an online visa pool platform for talent recruitment around the world, and pension mobility.

Although Brazil has a new migration law, its effectiveness is not guaranteed. This is because, on the one hand, the migration law has not been fully approved. Some points were barred by presidential decree. On the other hand, the approval of a law does not guarantee its compliance and even reversal. It exists to keep Brazilian citizens on track with external commitments as they face domestic changes.

Brazil is a multiethnic nation, formed by migratory waves from all corners of the world. Brazil has modern immigration legislation, but it still has much to do in treating migrants the same we wish to be treated around the world. May today serve to remind us who we are and who we want to become.